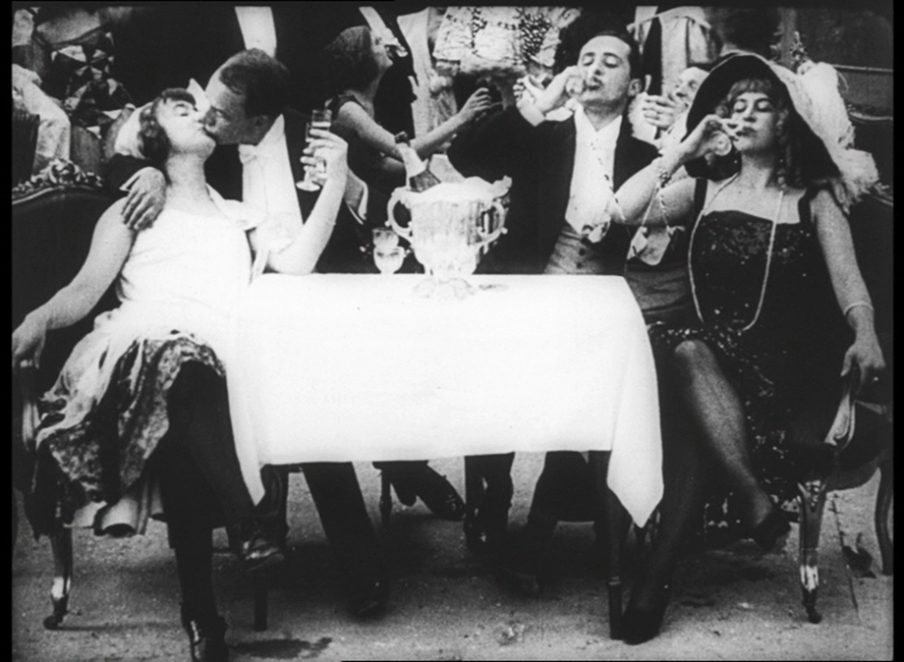 Det falske spill (The Fake Game) (2014-15), HD 31 min)  takes as a starting point The Demon (Dæmonen), a lost Norwegian film from 1911. The only part of the film that exists today is what was censored, the rest is gone. The Fake Game is a reconstruction of The Demon by using clips from films – new and old – from the Norwegian film archive – a silent compilation film using intertitles to narrate the story, with a voice-over reflecting on the role of that which is lost in relation to archives and history.

The publication Dust is a collection of stories about lost, and sometimes found films from around the world accompanied by images from films which archives around the world cannot identify. 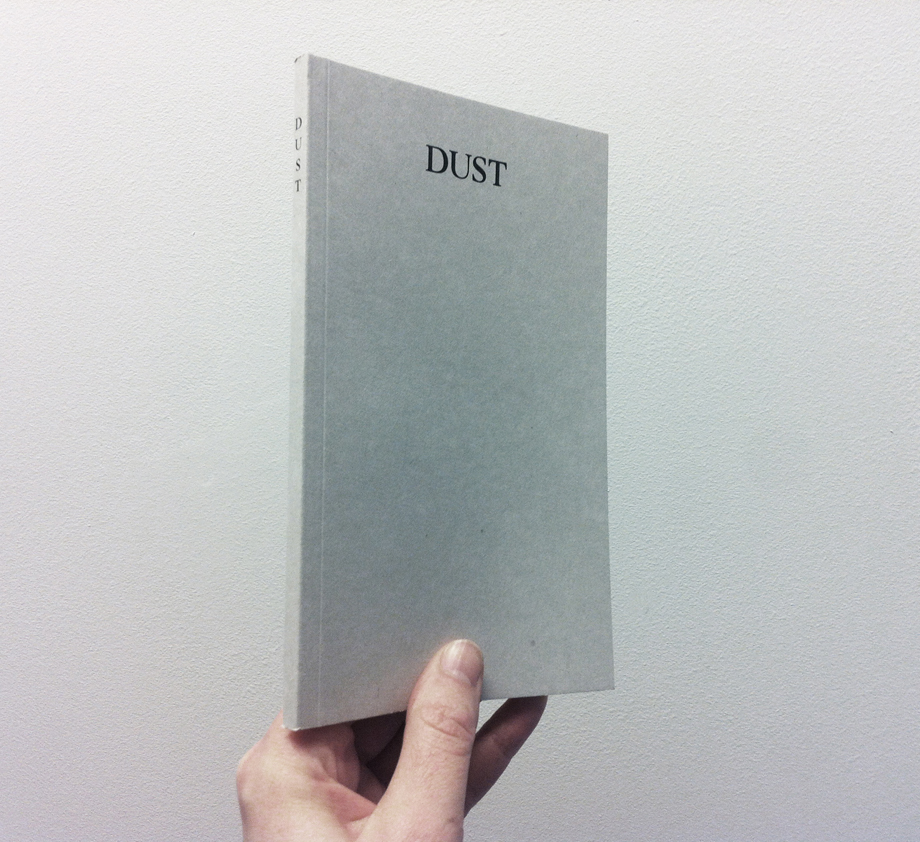 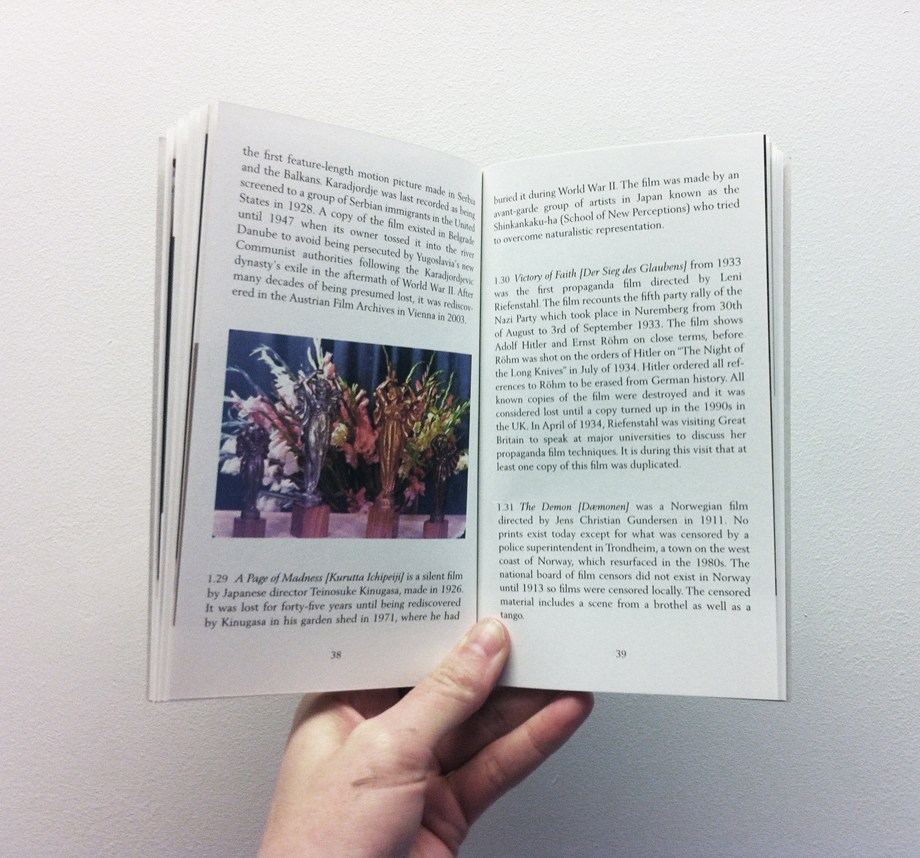