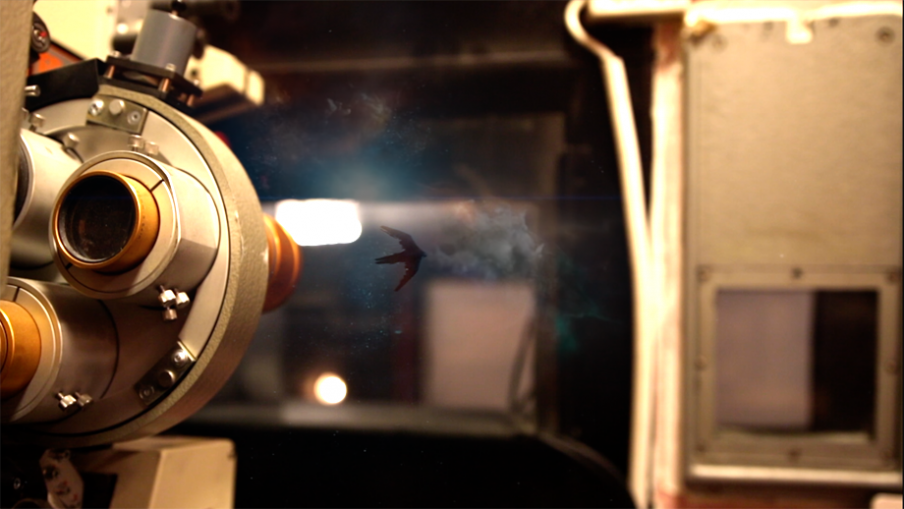 “Døgnfluens paradoks” (The Paradox of a Mayfly) takes as its starting point the architecture of a local cinema in Lofoten (Norway) in relation to the recollections of the building as a place and space. The institution has played a pivotal role in the lives of local youth for generations, sharing location with the townhall. But it has become a marginalised part of local official history.
The visible layers of time displayed in the architecture of the cinema is documented with video and displayed on three screens. In between there are short clips from movies shown in the theatre throughout time, displaying interior and exterior spaces whose origin it’s hard to define. Fleeting shadows barely recognisable to the eye move across the screens from time to time. The three video screens are accompanied by 4-channel audio consisting of the voices of 25 locals between the age of 14 and 80 recalling films and memories from the cinema. The project is about what the physical space of the cinema and the contradictory permanent presence of the ephemeral, reflects and produces.

The installation was part of the exhibition “Homage and Diversion. Reimagining a movie theatre” which also includes the photographer K.O. Storvik, curated by Torill Østby Haaland, at NNKS (North Norwegian Art Centre), 2019. 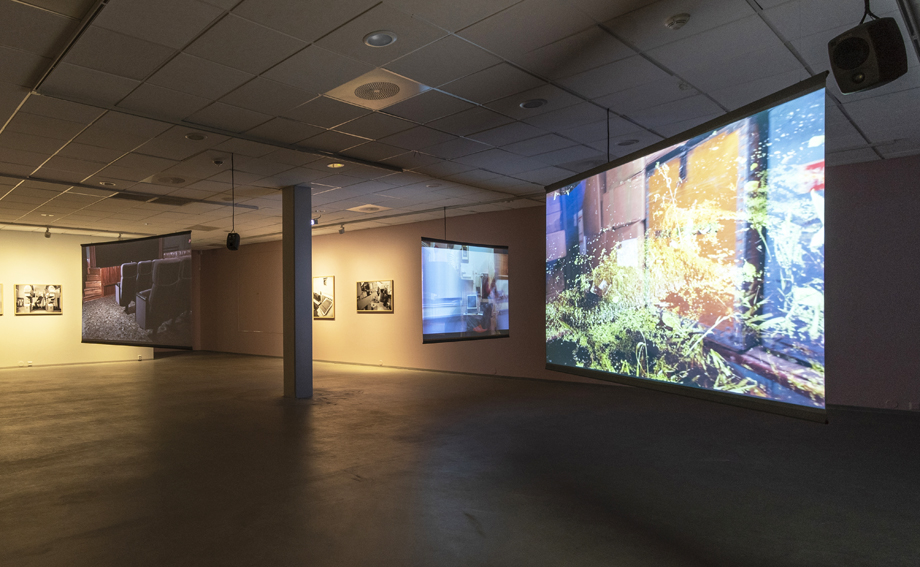 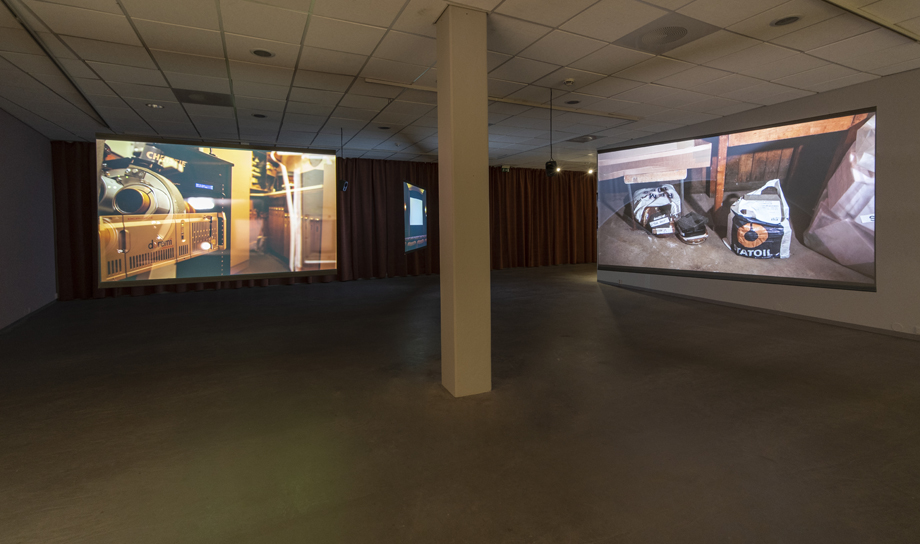 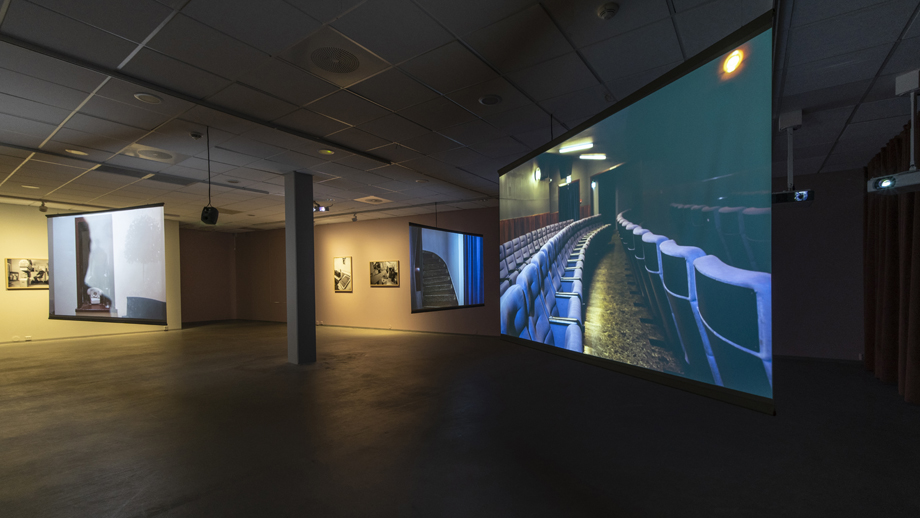